As I start to write this, I’m on Flair Air a new service offered by New Leaf.  New Leaf has been in operation since July of this year and is a Canadian virtual airline based out of the Winnipeg James Armstrong Richardson International Airport in Manitoba. It sells tickets for flights operated by Flair Airlines.

Flight this evening is from Winnipeg, MB to Hamilton, ON (they don’t fly directly into Toronto).

I’m flying to Toronto with my youngest daughter who came out to visit last week.  She’s heading home and I’m heading to a client meeting.

I thought I’d offer up my personal opinion on Canada’s newest discount “reseller”. Don’t worry, my opinion is not biased based on the fact that I’m catching a cold, my head and muscles ache, that I can’t get into my purse to get my lip chap cause the seats are cramped or that it’s hot as all hell in here – lol. 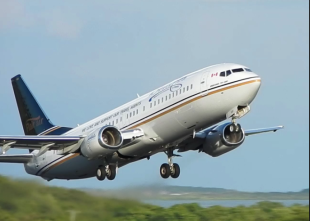 I do applaud them because their mission is “ to spread the love to Canada’s smaller airports because of their laid back atmosphere, cheaper parking and awesome baggage handling. Plus, their lower fees keep more money in the bank … “.

Firstly, beware –  they do charge for carry ons!!  Yes, regular carry-ons that you would normally take onto West Jet (WJ) or Air Canada (AC) without question or fee need to be paid for … to the tune of $31.50 – including taxes  (because I checked and paid for them at the time of booking) but the fee can be up to $92 at the gate. NewLeaf passengers also have to pay for checked luggage — from $26.25 online to as high as $80.50 at the gate – which is more expensive than the other two major Canadian Airlines (they are $25.00 + tax).  I asked the ticket agent why they charged for carry ons that I normally took onto other planes and she told me it was for “easier deplaning”.  To give you an idea of the size of my carry-one, it’s just an averaged sized TNA bag – that fits conveniently under my seat.

PRO:  We got free seat selection, which you don’t get on AC or WJ

BE SURE to check in online when they send you the email.   If you do not check-in online and either print your boarding pass at home OR download it to your smart phone, you will be charged from $10.50 to $11.50 for the agent to print it for you.  There are NO check-in kiosk at the airport.  You can check in 24 hours before your flight time up until 3 hours before your flight.

They say “we keep it simple” and that they do – there are no complimentary snacks or drinks. Your fare gets you a seat and a seatbelt. They do offer in flight service A Kit Kat bar will run you $3.00 and a Bud Light $6.50.  NewLeaf accepts Visa and Mastercard as forms of payment, no cash. So be sure to bring your own snacks and drinks for the flight (drinks to be purchased after security of course).  They do offer free water.

The plane is a standard Boeing 737-400 but feels way more cramped for some reason.  It feels as if they’ve changed the seating arrangement to add in more seats – I can’t confirm this, it just feels that way.  I mean I’m an averaged sized woman and my knees almost touch the seat ahead of me and I hardly have enough room to get to my $30.00 carry on to get to my lip chap (I have a chap stick addiction lol).

The total cost of this trip to get from YWG to YHM:

My Opinion (like it matters lol):  I didn’t find this to be much better of a deal than paying the extra money to fly directly into Pearson, IF YOU LIVE IN TORONTO and have to commute by public transit back into town.  The extra time to get from the Hamilton airport to the GO Station then onto Union Station in Toronto and then home, I just find that using New Leaf for getting to Toronto isn’t that great of an option.  I will for sure consider New Leaf for other destinations like when I am going home to Kitchener (way better for me this way) and they have other destinations being released this year and next.  It would also work better if you had someone picking you up.

Addendum – May 5 2017:  I booked New Leaf to return home from Kitchener, ON.  The one way flight was $211.00 cheaper than Air Canada and West Jet (taxes included)!!.  Leaving out of the smaller city of Hamilton was wayyyyyy less stressful of a commute than getting to Toronto on the 401! There were NO line ups at the check in line or to drop off my luggage, no one in line at security (rather than a 45-60 min wait at Pearson).  You walked in the door and everything was right there … unlike Pearson where it’s so large you have to walk 20 minutes to even get to your terminal.  TOTAL WIN for New Leaf here for sure 🙌🏻.  And we just booked a flight for my daughter to come vist – total flight, one way – $139.00!

I’m happy that Canada has added a new lost option.  It’s always good for competition and when you can score a cheaper flight to where you’re going, that’s definitely a bonus. It is NO frills … so fly light and fly direct.

Hello and welcome to my blog! I never really thought about starting a blog much before recently, I mean … what did I have to say or offer that would have anything of value? I’m not an expert in decorating; I just have an eye for it. I’m not “The Nanny”, but I am the mom of two lovely, beautiful, driven young women. I can speak to topics such as coming up through the lower ranks of the social financial system, being a teen mom, being an empty nester at 42, highlight some trials, tribulations and exaltations and about how I created a life for myself that I am happy with beyond measure. It wasn’t much before a friend of mine said “you should write a book” that I gave some serious consideration to blogging. My goal, really, is to provide and share some of my experiences, create dialogue and maybe help a few people out along the way. I welcome your comments, questions and ideas about what you’d like to chat about. Namaste, T xo View more posts

2 thoughts on “You and I Were Meant to Fly: Review of New Leaf – Canada’s Newest Discount Virtual Airline”