Did you know that each year at least 600,000 dogs are euthanized in Canada,  simply because too many pets come into shelters and too few people consider adoption when looking for a pet?

Being new to town and a semi-empty nester, I had some free time on my hands and decided that I wanted to volunteer some to the shelter.  I went in to dog-walk one Fall afternoon, much like today.  All of the dogs were excited to see me, running up to me, wagging their tails and jumping up vying for my attention.  But, there was this one dog, in the corner – alone and cowering a bit.  I asked a volunteer who that dog was and why she wasn’t coming up to me as all of the other dogs were.  She explained that that dog was skittish, shy and it took a lot to get her to warm up to you.  She was afraid of men in particular and had been there for almost 7 months.  It was right then and there I decided to adopt THAT ONE – Ellie.  Of course I did!  I seem to be a sucker for the runt of the litter, the project or the one that runs away from me as opposed to runs to me. 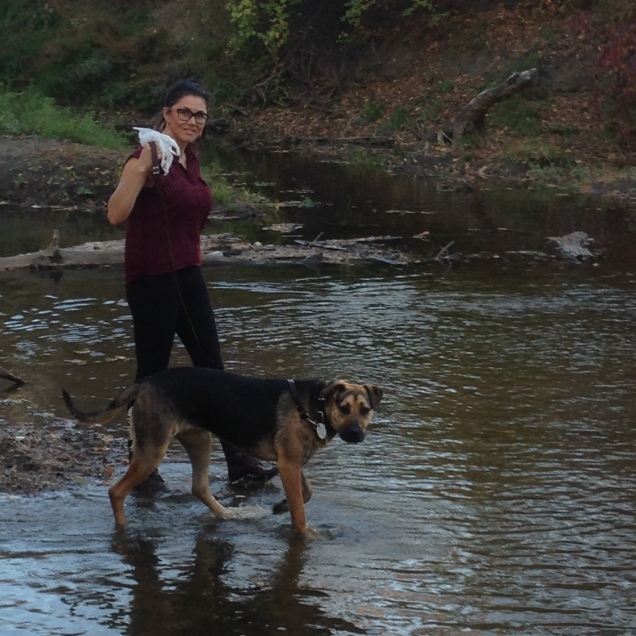 Every day for 1 whole month, we went to the shelter and walked Ellie, we tried to get to know her.  I won’t lie – in the beginning it was a chore just to get her to come to me so I could put her on the leash.  But I was persistent … eventually she started recognizing us when we came to the gate and rather than run away – sat and stayed put – she didn’t run up to us, but she didn’t run away – PROGRESS!   We kept the walks to the same location and took the same route so that it was familiar to her and eventually she loosened up.  She loved going to Vermillion Park – splashing in the river and walking down the trails.

The day it came to pick her up from the shelter to take her to her new home she wouldn’t even get into the back of the SUV, we literally had to pick up this 100 lbs beast and put her in.  What had I gotten myself into?  We bought her a kuranda bed because that’s what she used at the shelter and wanted things to be familiar for her, we got her the same toys she had there, a cute Burberry print collar and the cutest paw print bowls to make her feel welcomed.  She repaid me the next day by running away from me during our VERY FIRST morning walk!  OMG, I lost my dog the first day I owned her – what kind of owner am I?  I can remember it so clearly, we were coming around the corner to our house and she stopped dead in her tracks – she backed up and pulled – like it was in slo mo I can see her struggling to get out of her collar.  Once she realized she was free she bolted.  I hopped in the SUV and drove around looking for her calling her name – wait – she’d just run away from me – why would I think that she’d run back to me?  I called the shelter to let them know – they were wonderful and reassured me that this wasn’t the first time that newly adopted dog ran away from its home.  I was afraid she’d get hit by a car or worse, a train.  As we continued our search for Ellie, the shelter called – she had run back to the shelter – her home, according to her 😢.

She was abused by her previous owner for apparently attacking a chicken as a puppy (she lived on a farm), I was told the whole litter was surrendered and Ellie was the last one there because she was far too shy and too big.  She was very reluctant around men, even more so with men with ball caps.  She’d been at the shelter nearly 7 months when were adopted her.  She didn’t do typical dog like things like play fetch or chew on sticks.

Fast forward 2 years – NO REGRETS, NONE!  She’s the sweetest, most gentle, docile dog and she keeps getting better every day.  She’s much more relaxed but is still skittish around certain people.  She still gets scared if you’re carrying something that even remotely resembles a stick.  But, she obeys commands, I can walk her downtown at night time without a leash and she stays right beside me.  She now loves chewing on sticks and she’s mimicked other dogs by playing fetch.  She’s brought so much joy to our lives … I know for a matter of fact, that had we not taken the chance with Ellie- she’d either still be at the shelter or have been euthanized – her odds of being adopted weren’t as good as some more outgoing, small dogs.

If you’re considering adopting a dog in the near future – consider adopting a rescue dog for the following reasons: 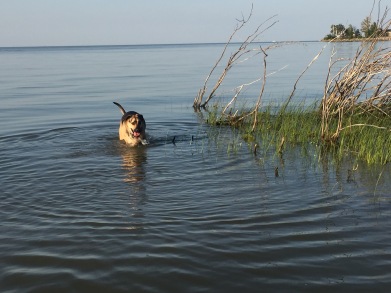 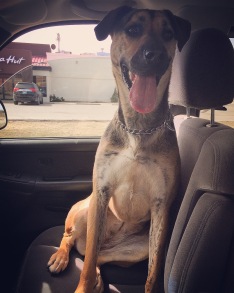 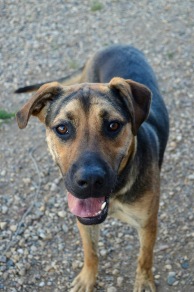 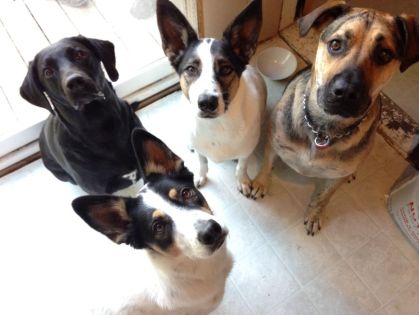 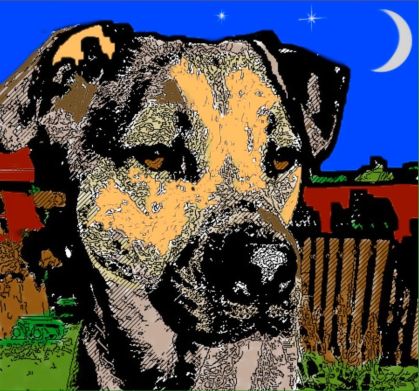 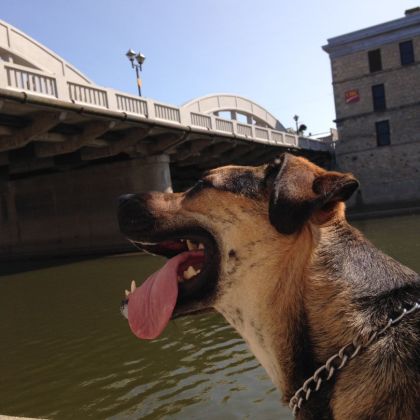 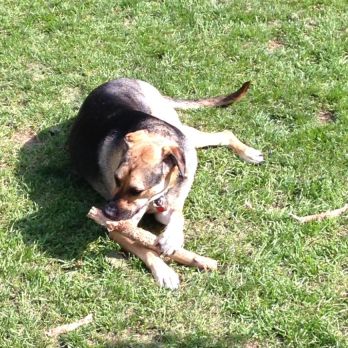 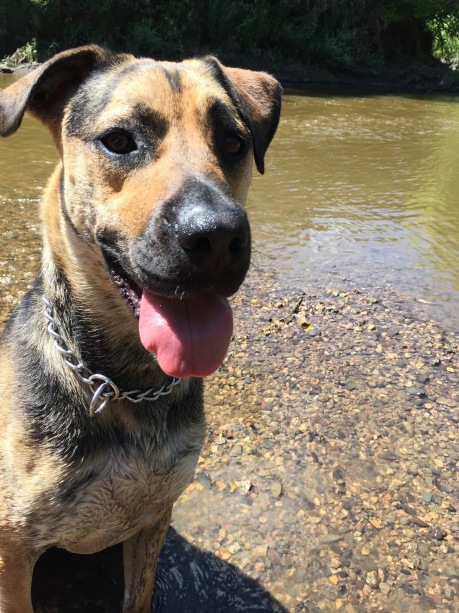 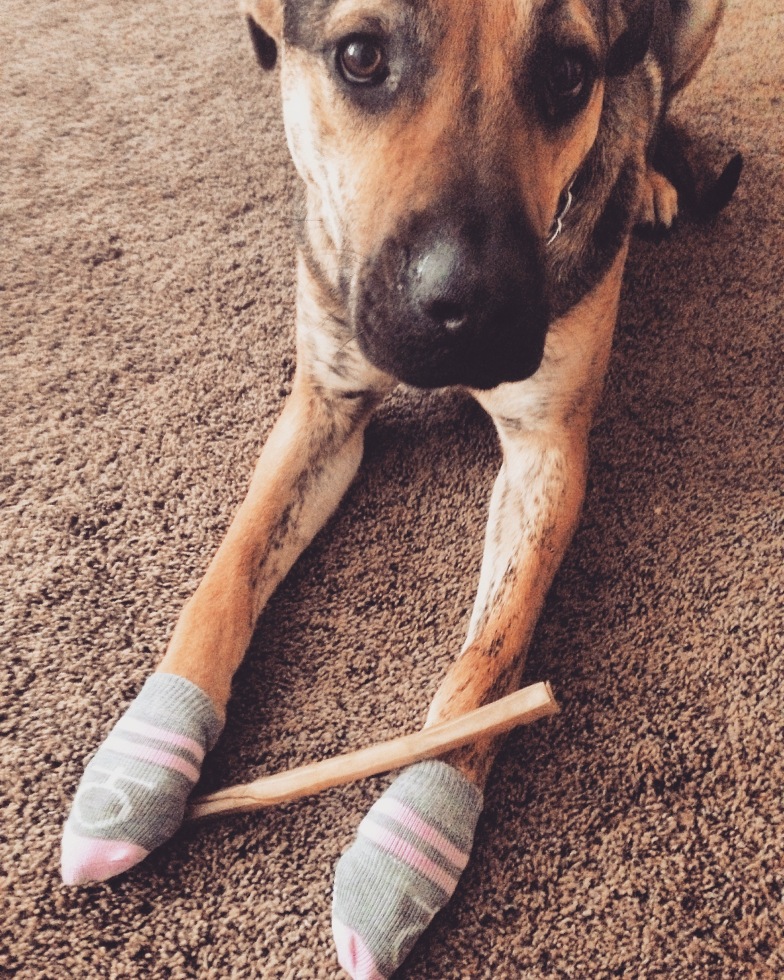 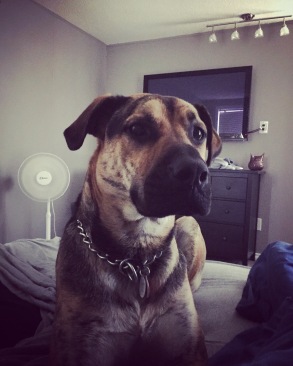 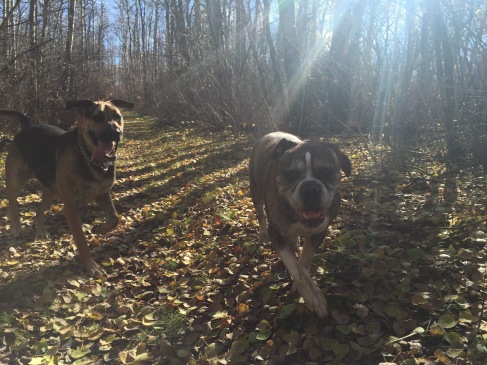 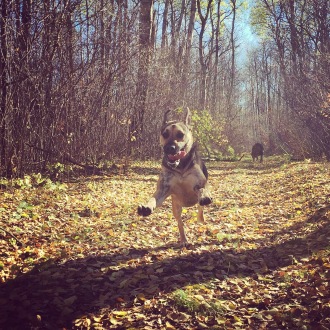 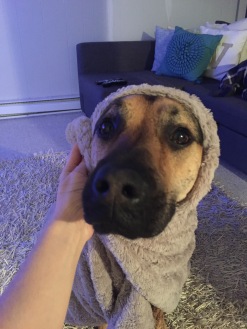