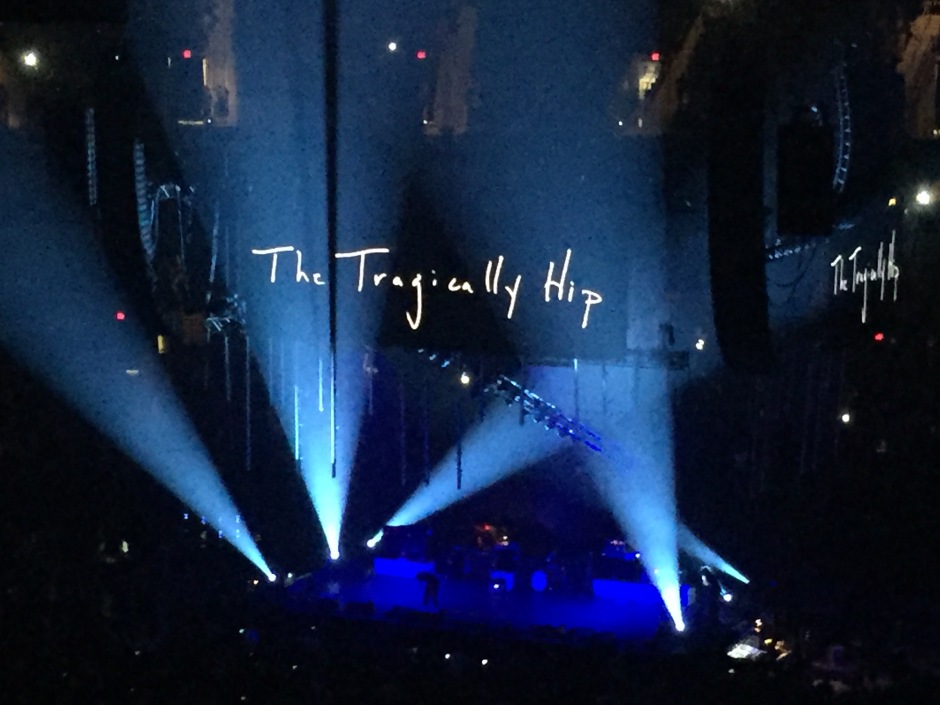 I had to wait a few days to write this, I just watched the documentary Long Time Running two days ago … so I needed to collect my thoughts and emotions before I got to it.

I want the WORLD to get to know Canada’s musical secret – the man for whom an entire country mourned, for whom our Prime Minister publicly shed tears before caucus on Parliament Hill – a patriot who loved and sang about our great land – Gord Downie.

I am not going to lie – like most people I know and most Canadians across our vast country I cried when I found out Gord had succumbed to his illness on October 17, 2017. He put on such a brave front during the band’s final tour – Man Machine Poem – deciding to thank their fans after having undergone an extensive lobectomy, chemotherapy and radiation.   I was on my way to Philadelphia and was listening to Q107 (a Toronto rock station) and the DJ says “Q107 remembers Gord Downie” at the same time my youngest texts me saying “Gord Downie died”.  Ugh, say it ain’t so – I mean we all knew it was coming but hoped it wouldn’t be so soon.  Most of the way to Philly we listed to their tunes.

“First thing we’d climb a tree and maybe then we’d talk
Or sit silently and listen to our thoughts
With illusions of someday casting a golden light
No dress rehearsal, this is our life” – Ahead By a Century

The first time I heard The Hip I was in grade 11 – someone was playing their Up to Here album. This album produced four singles, “Blow at High Dough”, “New Orleans Is Sinking”, “Boots or Hearts” and “38 Years Old”.  It was summer, we loved going to the beach or driving around in the car blaring our Hip tapes (yes tapes, I am that old).  That’s what their music means to me – it’s summers by the beach or at the cabin with cold pint belting out Courage or At the Hundredth Meridian.  My old Infiniti QX4 was even called Cordy – after their song Cordelia.

I’ve never really understood why they weren’t bigger outside of Canada than they were.  But, here at home, in Canada, we got it – we knew they were our greatest treasure – they’re in our DNA –  so uniquely Canadian.

They’re my #1 fave band, even in front of U2 and The Killers!   I’ve seen them 3 times – At The Ovation Music Festival in Stratford in 2006.  The Fully Completely tour in Kitchener in 2015 and in Winnipeg last year during their “farewell’ tour – Man Machine Poem. 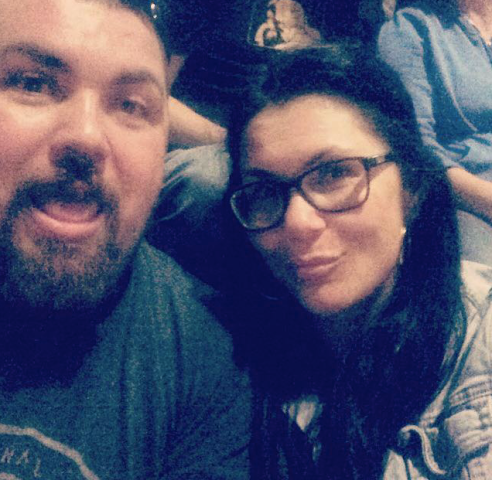 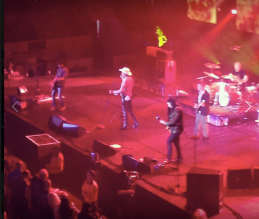 I was in complete shock when I found out that he had such a huge choice to make. “What would you prefer: living without being able to speak, or have new memories, but have more time with your family, or should we limit things and ultimately give you less time on Earth, but have higher quality?” He chose a full temporal lobectomy, which gave him a best case scenario of five years of survival.

He knew he had limited time left on this earth and instead of feeling sorry for himself, or spending all of his last minutes on earth with his dear family and friends, he chose to be the voice of our First Nations people and to go on one final tour to say thanks to a nation whose adored them since 1985.  I have to be honest, facing the  same situation and given the same choice, I’m not sure I would have made the same decision in his shoes.  But, as a nation – we’re sure damn glad he did.  Not only did he do that – he did  an entire solo album called The Secret Path and an accompanying animated film/and graphic novel about the long-suppressed mistreatment of Indigenous children and families by the residential school system here in Canada.  About Charlie Wenjack, a 12 year old Anishinaabe boy from the Marten Falls First Nation who died of exposure on October 22, 1966 while escaping from the Cecilia Jeffrey Indian Residential School near Kenora, Ont.  He was trying to return to the family he was taken from over 600 kms away.  This was the final album he released during his lifetime.

Let’s swear that we will
Get with the times,
In a current health to stay
Let’s get friendship right
Get life day-to-day – It’s a Good Life if you Don’t Weaken

The final show in Kingston, Ont was a poignant farewell for the hometown heroes. So many people wanted to thank him that CBC decided to air a live broadcast called “The Tragically Hip: A National Celebration” it drew an average of 4.04 million viewers.  I can’t remember another time in history where a concert was aired live – well maybe except Elvis’ Aloha from Hawaii.  But, that’s how much The Hip means to us.

Kingston has a pretty small venue and tickets sold out in minutes.  I debated heading up to Kingston (about 2 hours away) to join the 20+ thousand other Canadians celebrating outside the Rogers K-Rock Centre.  Thousands of venues all across the land aired the concert LIVE (movie theatres, concert halls, pubs, public parks on big screens) and many of us were partying at home signing along.  I decided to stay in Toronto and go to the Danforth Music Hall to rock with about 1,500 other Hip fans.  It was quite the night – not one that I will soon forget. 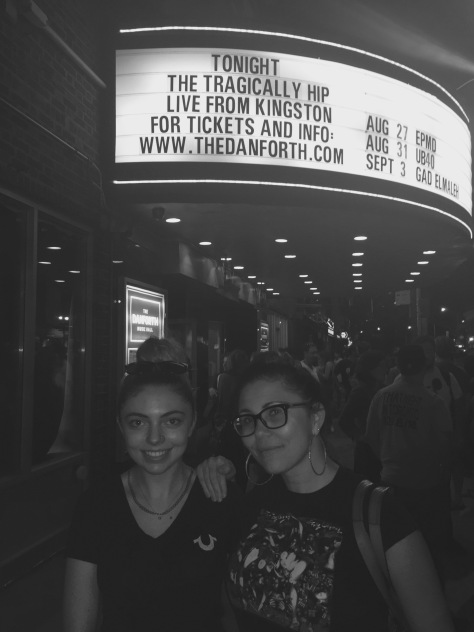 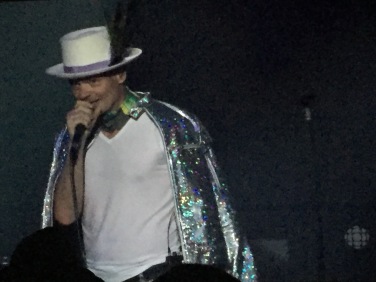 I challenged myself to narrow down my top 10 Hip songs – I wasn’t successful – I could only do 15 and even that was tough.

(in no particular order)

RIP “Gordy Baby”, we will miss you terribly – but we’ll always have your music.

If you’re at all feeling weepy – don’t listen to the part of the At The Hundredth Meridian where Gord sings “If they bury me some place I don’t want to be, You’ll dig me up and transport me, unceremoniously Away from the swollen city breeze, garbage bag trees Whispers of disease and the acts of enormity And lower me slowly and sadly and properly Get Ry Cooder to sing my eulogy”

2 thoughts on “no dress rehearsal this is our life: the passing of canadian legend – Gord Downie 😭”