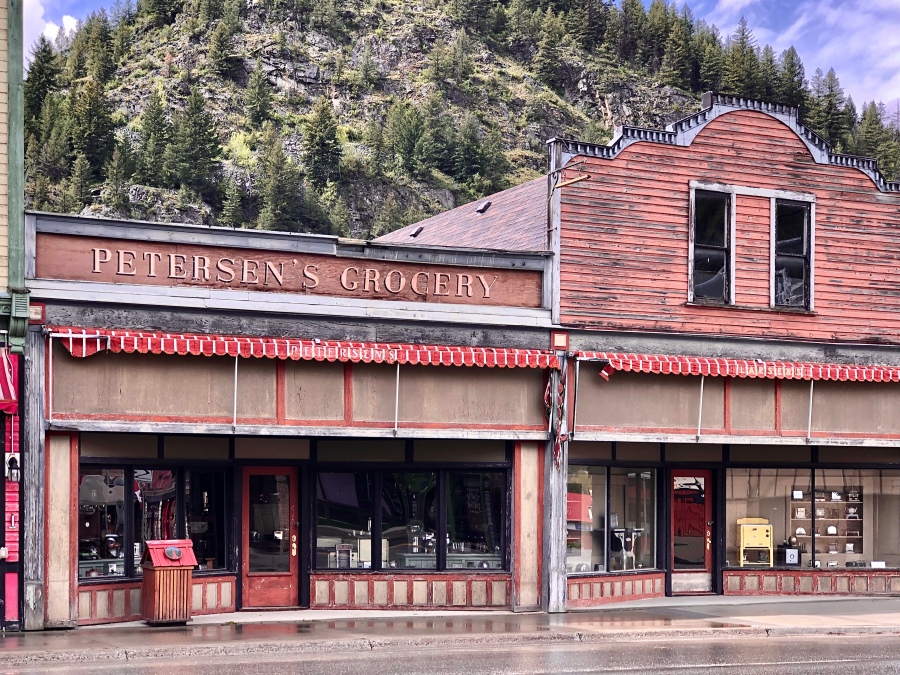 A couple of days ago, I posted a blog on my exploration of the abandoned 102 year old smelter in Greenwood (Anaconda) BC – what a cool experience! If you haven’t had a chance to read that blog – click here.

This blog will document our journey from Big White, BC to Greenwood, BC – with stops at Beaverdell, Rock Creek and Midway.

We headed out on Highway 33 (Kelowna Rock Creek Highway), which is the main access road to where I’m staying up at Big White.  Big White is located near the apex of the pass between West Kettle and Kelowna.

The only other visible community on Highway 33 is Beaverdell, an unincorporated settlement in Monashee Country. It’s located midway along the West Kettle River between Kelowna and Rock Creek.

We pulled in to fill up the tank.  They have a convenient gas station that also serves as a coffee shop/and auto repair shop – convenient, right?  If you happen to drive an electric car – they also have electric chargers to meet your charging needs. 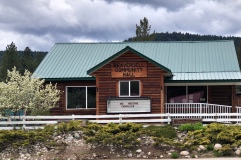 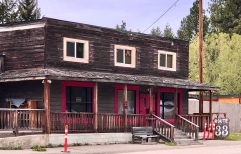 Once we gassed up we headed back out onto Hwy 33 and continued straight.  Other than absolutely stunning views and vistas, there aren’t any communities to stop at.

Your next point of reference will be Westbridge – you can’t miss it, it’s a bridge.  You’ll turn right onto the bridge, turning left will get you to Christian Valley. The bridge crosses the West Kettle River at the community of Westbridge, BC.

For the remainder of the drive to Rock Creek you will see utter forestry devastation on both sides and new builds where folk lost their homes.  In 2015 an aggressive wildfire forced hundreds of people to flee the area – not to mentioned the complete devastation to plant and wildlife.  It turns out the fire appeared to be human caused and burned more than 2500 hectares.  Vegetation has since regrown and wildlife has returned and 5 years later trees still stand bare, blackened, scorched. 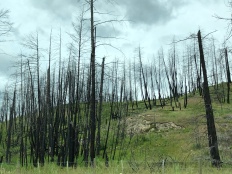 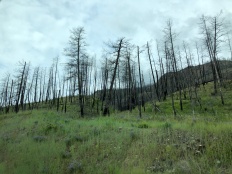 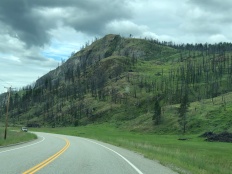 We just drove through Westbridge – I’d like to check out more on the Skycliffe Humph Monastery Retreat. Apparently this centre is for spiritual awareness specializes in Buddhist Transcendental Meditation.

Eventually Hwy 33 turns into BC-3 E (Highway 3, which is also known as the Crowsnest Hwy) and you’ll have arrived at Rock Creek, BC. Rock Creek is an unincorporated settlement in the Boundary Country.  It’s situated on the famous Kettle Valley Rail Trail that has stunning views of the banks of the Kettle River. 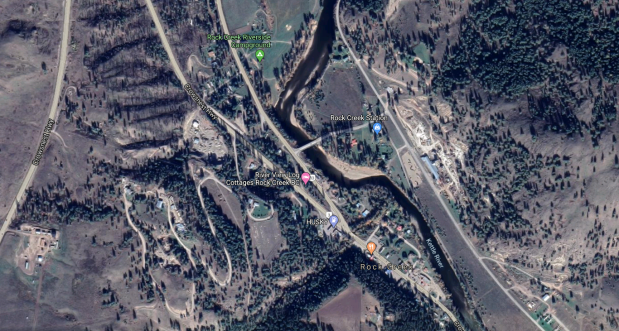 It’s also site of the Rock Creek Gold Rush of 1859.  I was actually excited to visit Rock Creek as I had heard about the western Canadian gold rush via the television documentary series Gold Trails and Ghost Towns, (Season 3, Episode 8).  I thought I may have had a chance to see something a bit more exciting than what I did.  I saw a very high, fast moving Kettle Creek (close to breaching its banks) and campers camping at various sites for the May 2-4 Long Weekend.  Rock Creek wasn’t super exciting for me – maybe next time I can do some panning for gold?  It’s a thing, you can!

After the initial mining boom, the residents of Rock Creek began to develop an economy in agriculture, forestry, and ranching. 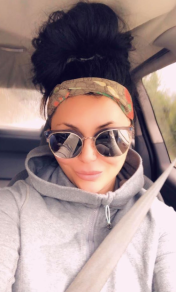 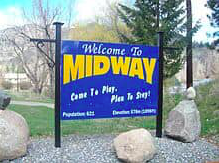 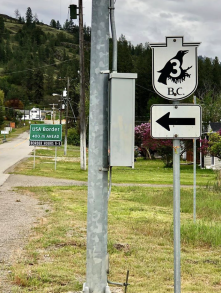 Honestly, I thought Midway was super cute.  Could have spent a little more time here.  Also, the museums and things I’d normally love to do were closed due to COVID-19, which is unfortunate, I love museums – so full of rich local history.

Midway is also home to the Ferry-Midway Border Crossing which connects the town of Curlew, Washington with Midway. The current US border station was built in 1936 Curlew, WA and is an unincorporated community with 118 residents based on the 2010 US Census.  You can connect to Copper Bute Mountain, WA via Midway.

We’ve arrived!  Greenwood, BC!  I really took a liking to this historic little city.  That’s right, city not town. It’s the smallest incorporated city in Canada Pop: 665 as of 2016 and has retained its “city” status despite declination in population and business/industry.  Although it’s the size of a hamlet, it was incorporated in 1897 as a booming city, the epicentre of the mining and smelting industry in Boundary country with a boisterous population of 3,500. 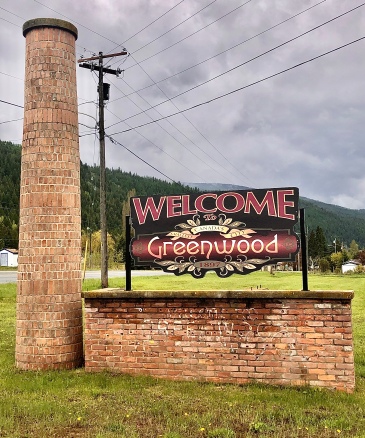 On your approach to Greenwood (just outside the city) you’ll note a historic stop point or two, worth the quick stops.

Per my last blog on the BC Copper Company Smelter ruins as you enter Anaconda, BC – the unincorporated township just outside of Greenwood – where the smelter is located, you cannot miss the 100 ft mound of dark black slag and imposing 215 ft smoke stack. Deciding to “save the best for last” we first went to explore Copper Street and the Nikkei Memorial Site.

Did you know that in 1998, several scenes of the Oscar nominated movie Snow Falling On Cedars (featuring Ethan Hawk) were filmed in Greenwood?  A lot of the Japanese extras were Japanese-Canadians who were interned during there war. Some of the phantom signs and shops remain.  The phantom signs and revamped store fronts helped transform their little mining town into the Puget Sound fishing village of Amity Harbor. The signs have faded over the years and unfortunately have not been up-kept.

These phantom signs and shops are still visible and are located on historic Copper Street.

HOW WELL DO YOU KNOW YOUR WWII HISTORY?

Next we headed over to The Nikkei Legacy Park which is located just on the outskirts of downtown Greenwood.

In 1942, internment of Japanese Canadians occurred when over 22,000 Japanese Canadians, comprising of over 90 percent of the total Japanese Canadian population, from British Columbia were evacuated and interned in the name of “national security”. The majority were Canadian citizens by birth. This decision followed the events of the Japanese attack on Pearl Harbor, and the subsequent Canadian declaration of war on Japan during World War II. This forced relocation subjected many Japanese Canadians to government-enforced curfews and interrogations, job and property losses, and forced repatriation to Japan. 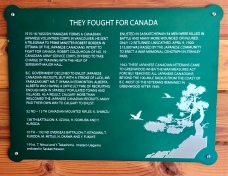 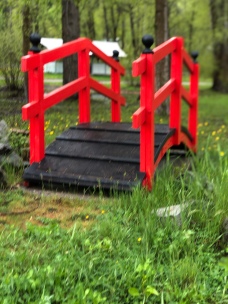 Beginning after the attack on Pearl Harbor on December 7, 1941, and lasting until 1949, Japanese Canadians were stripped of their homes and businesses and sent to internment camps and farms in the B.C. interior and across Canada. The internment and relocation program was funded in part by the sale of property belonging to this forcefully displaced population, which included fishing boats, motor vehicles, houses, and personal belongings.

On September 22, 1988, Prime Minister Brian Mulroney delivered an apology, and the Canadian government announced a compensation package, one month after President Ronald Reagan made similar gestures in the United States. The package for interned Japanese Canadians included $21,000 to each surviving internee, and the reinstatement of Canadian citizenship to those who were deported to Japan.

Among those interned at Greenwood were Isamu and Fumiko Kariya and their son Yasi, the grandparents and uncle of NHL star and Hockey Hall of Famer Paul Kariya; his father Tetsuhiko was born in internment.

Odds and Ends, Out and About Town 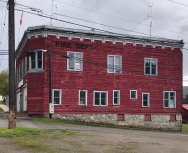 I wrote a specific blog about this, here’s the link, again.  It was super cool and I would strongly recommend exploring this!  Here are some awesome pics of that adventure. DO IT! 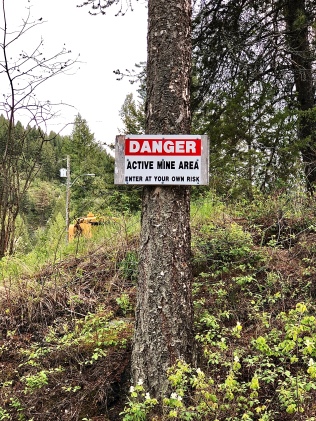 Next we went on the hunt for the abandoned ghost town of Deadwood, BC. We drove down Deadwood Rd. looking for some relics, some semblance that there once was a town here. Deadwood existed in 1897 and was located several miles west of Greenwood. A number of copper claims in the area gave rise to Deadwood. The Mother Lode Mine became a great mine although Deadwood disappeared within a few years. Deadwood contained two hotels, a store, a post office and a school.

There’s nothing left of the town, although there’s a large field where it once stood and two small shed like structures which were half falling town toward the other side of the road. However, they could have nothing to do with the former town. The name survives in Deadwood Road and Greenwood’s Deadwood Junction Small Town Coffee Shop.

Well folks, that just about wraps up our day trip from Big White to Greenwood. It’s definitely worth spending a day exploring this route.

I hope this blog has helped you decide if this is a route worth exploring and what points of interest may be in each hamlet on the route from Big White to Greenwood.